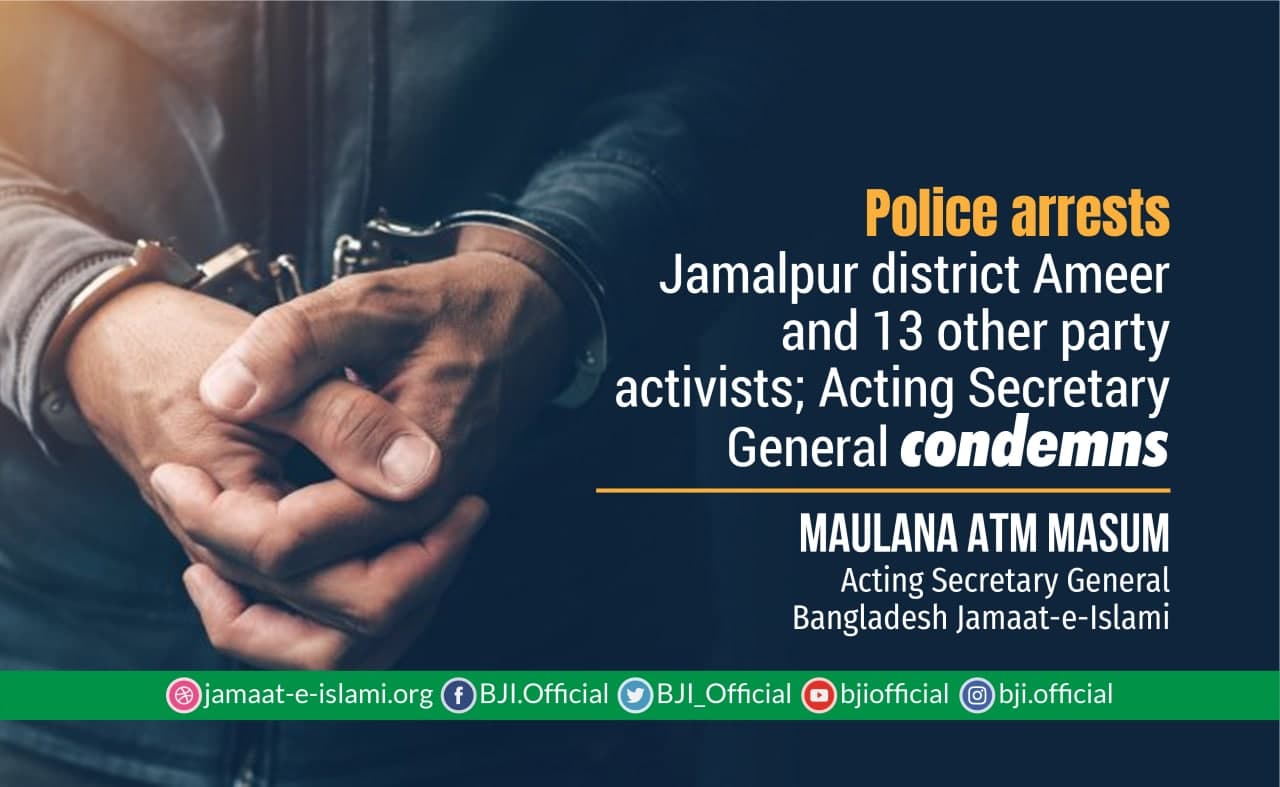 “Police has unjustifiably arrested 14 leaders and activists of Jamalpur district Jamaat-e-Islami including party’s central Majlish-e-Shura member and Jamalpur district Jamaat Ameer Advocate Nazmul Haque Sayedee andBakshiganjUpazila Ameer Adel ibn Awal from a mosque under Bakshiganj municipality on last 20th October. Police also filed a false case against them. Actually, all these detainees have taken an attempt to launch a Madrasa (religious school) in Bakshiganj municipality. They gathered over there to hold a meeting in this regard. After the meeting, they went to the adjacent mosque to attend Asr prayer and police suddenly detained all of them. We do not have any word to condemn this unreasonable arrest.

The incumbent fascist government has failed to secure public lives and properties. To conceal their great failure, they are continuing the conspiracies, arrest drives and propagandas. As a part of such vindictive strategies, they are harassing and arresting Jamaat men from Comilla, Chittagong, Jamalpur and other parts of the country. We are condemning such autocratic initiatives of the government.

We are Follow GDPR, Read Our General Data Protection Regulation Thank You.